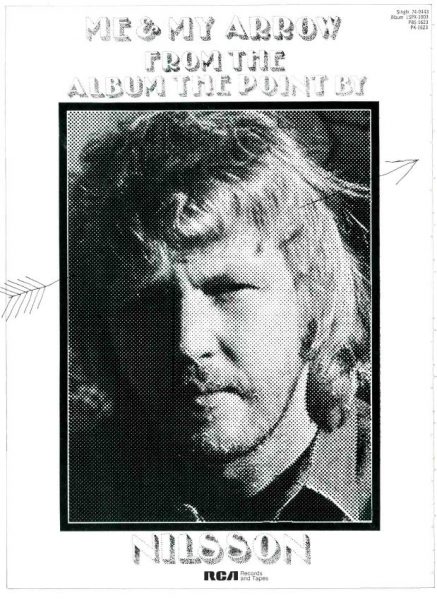 Harry Nilsson’s “Me And My Arrow” appeared on the artist’s LP, The Point!, in January of 1971.

Shortly thereafter, The Point!, an animated special, aired on TV screens across America. “Me And My Arrow” shot to #34 on the US Hot 100.

Here’s a lovely clip from the special. Note that this version features Ringo Starr as the narrator, but the original airing featured Dustin Hoffman in the role.