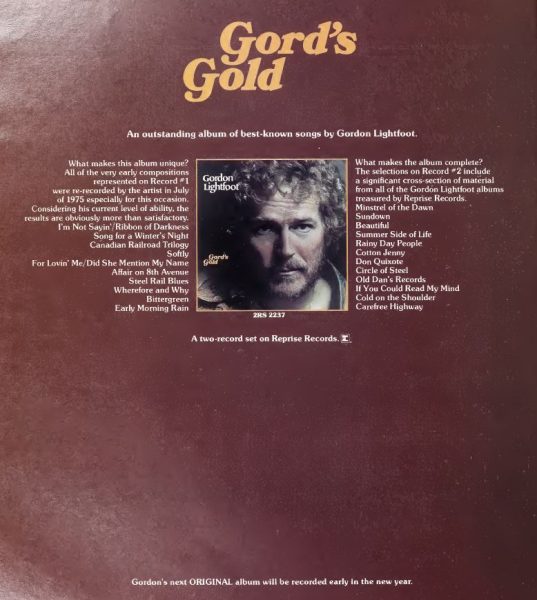 Gordon Lightfoot’s greatest hits collection, Gord’s Gold, released in November of 1975 grabbing #34 on the US charts and #8 in his native Canada.

The LP contains a number of re-recorded tracks that first released in the 1960s. Apparently Lightfoot no longer enjoyed listening to the originals. I’ve always been partial to the 1974 track “Sundown” (US #1). Have a listen.