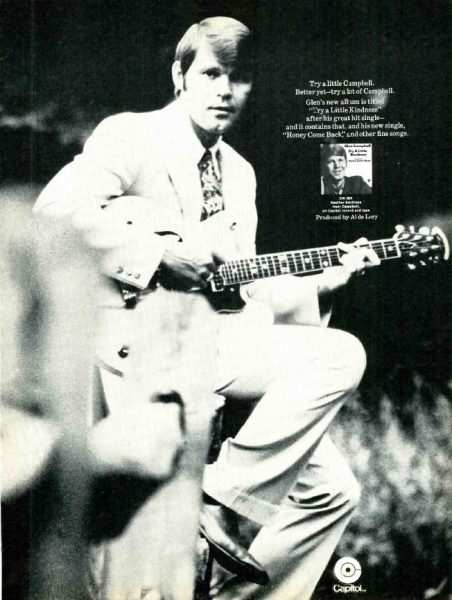 Glen Campbell’s “Try A Little Kindness” originally released as a single in late 1969 and appeared on the album of the same name in early 1970.

The tune, written by Bobby Austin and Curt Sapaugh, hit #23 on the US Hot 100. I believe that makes “Kindness” Campbell’s first hit of the Seventies. Just below, we have video of the artist performing the song live in 1977.