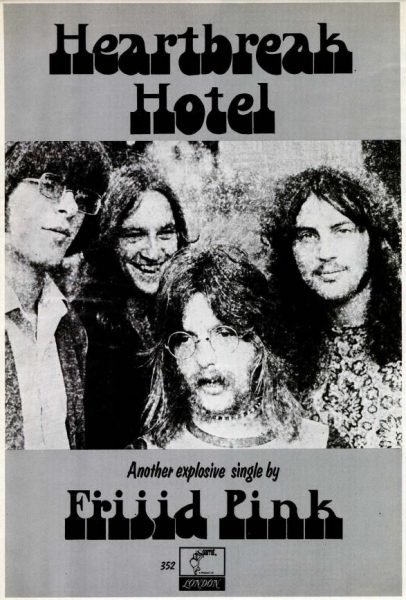 Detroit rockers Frijid Pink nabbed a Top 10 hit with a cover of “House Of The Rising Sun” in early 1970. Later that year the band released a cover of “Heartbreak Hotel” but were unable to match the previous single’s success.

Have a listen. It’s as if Janis Joplin and the MC5 are interpreting Elvis. Not bad at all.

Previously on Vintage Ads: Joe Jackson, ‘Is She Really Going Out With Him?’ (1979)