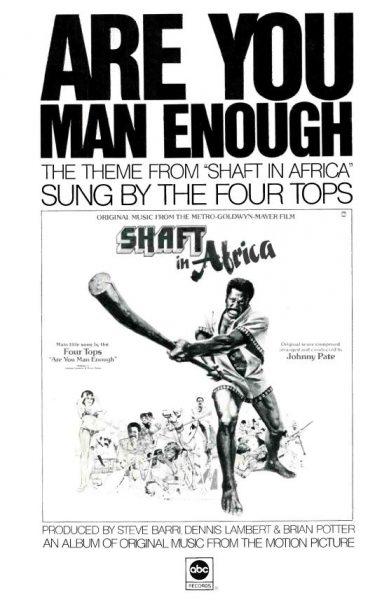 The Four Tops’ hit, “Are You Man Enough,” originally appeared on the soundtrack for the film Shaft in Africa in the summer of 1973.

The taught, but still funky tune was written by Dennis Lambert & Brian Potter and climbed to #15 on the US Hot 100 and #35 in Canada.