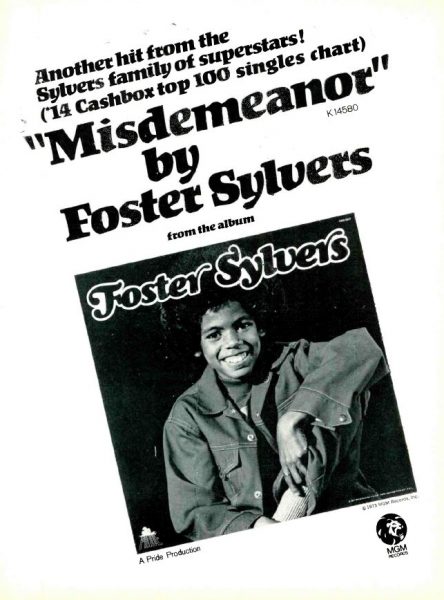 11 year old Foster Sylvers released the “Misdemeanor” single in the summer of 1973.

The tune was written by another member of The Sylvers, Leon, and made it to #7 on Billboard‘s R&B chart.