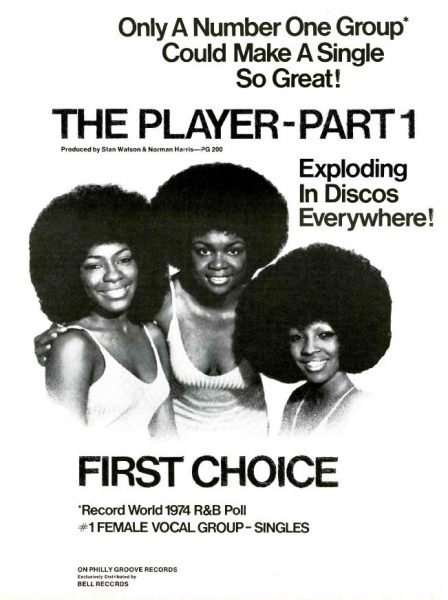 Philly soul group First Choice released their early disco single “The Player” in 1974. This hi-hat-riding tune was the center piece for an album of the same name.

While “The Player” only made it to #70 on Billboard‘s US Hot 100, it fared much better on the Hot Soul Singles chart, grabbing #7.

Previously on Vintage Ads: Hank Williams Jr., ‘All For The Love Of Sunshine’ (1970)