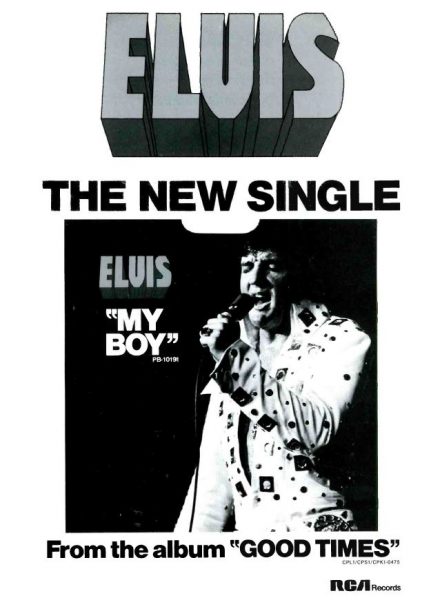 Elvis Presley’s “My Boy” was recorded in December of 1973 and originally appeared on the Good Times album in spring 1974.

Previously on Vintage Ads: Loretta Lynn & Conway Twitty, ‘After The Fire Is Gone’ (1971)