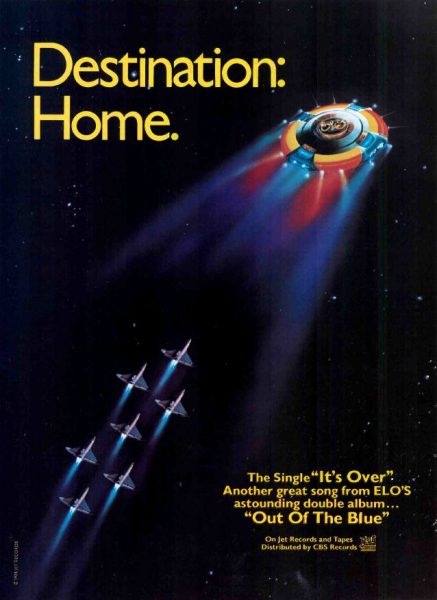 Electric Light Orchestra’s “It’s Over” originally appeared on the multi-Platinum, double-LP Out Of The Blue in the fall of 1977. A full year later it was released as a single, snagging #75 on the US Hot 100.

“Turn to Stone,” “Sweet Talkin’ Woman” and “Mr. Blue Sky” had already been released as singles from the LP, so a bit of ELO fatigue may have set in with the radio-listening public by the time “It’s Over” dropped. Still, it’s a wonderful tune. Listen in.