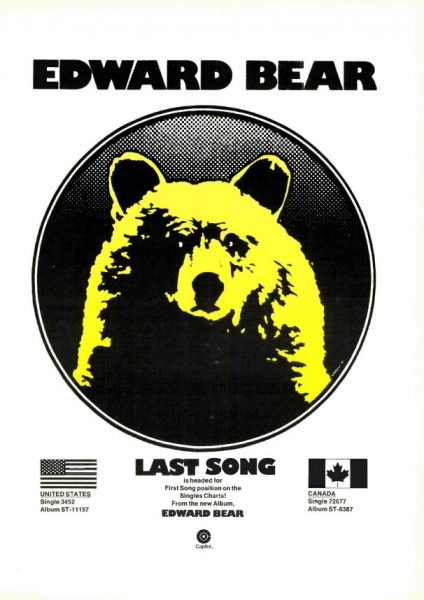 Canadian rock trio Edward Bear released “Last Song” at the end of 1972. By early 1973 the tune was topping the charts in Canada and grabbed #3 on the US Hot 100.