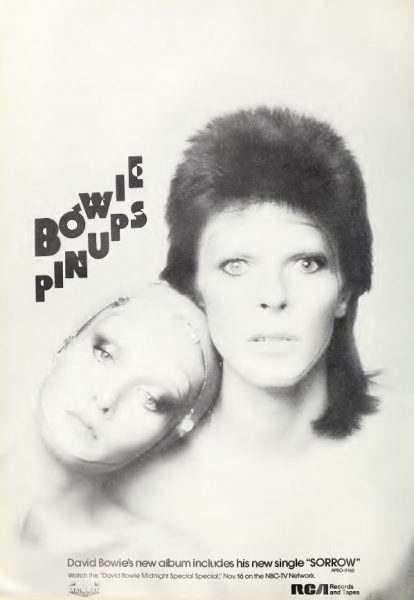 My first reaction upon hearing the album many years ago was one of disappointment. A few songs stood out, others sounded weak, but overall I would have preferred a selection of Bowie originals.

That vague feeling of let down has definitely faded over the years and I now enjoy Pin Ups immensely. It’s rocking and just damn fun. Give Bowie’s cover of The Mersey’s “Sorrow” a spin below. It’ll cheer your blues.