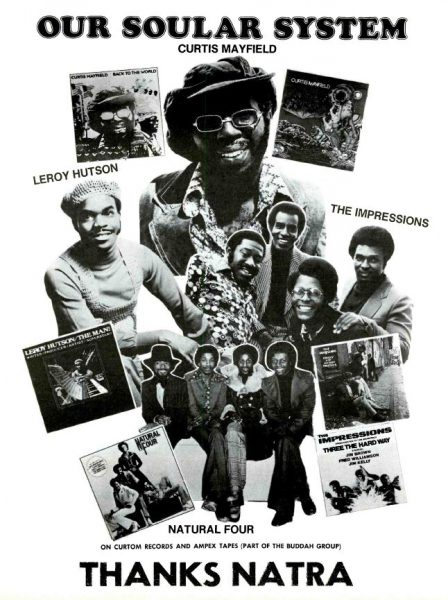 Curtis Mayfield launched the Curtom record label along with band manager Eddie Thomas in 1968. Above, we have an August 1974 Curtom ad from Record World magazine thanking NATRA (National Association of Television and radio Announcers). Mayfield, his former band The Impressions are seen, along with Leroy Hutson, and Natural Four.

Mayfield wrote songs for and helped produced all of the artists found here and Mayfield’s hit tune at the time, “Kung Fu,” can be enjoyed below.

Previously on Vintage Ads: Meat Loaf, ‘You Took The Words Right Out Of My Mouth’ (1978)