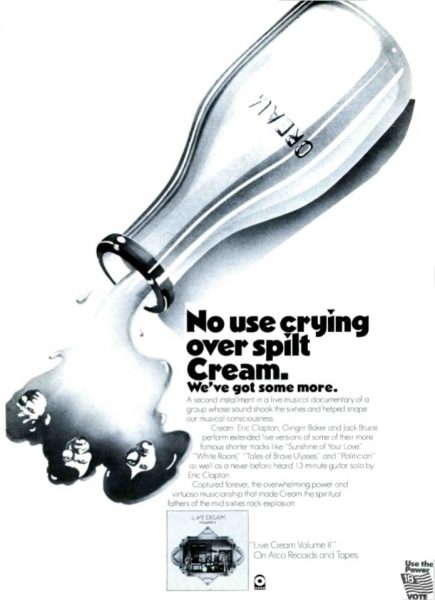 Recorded in San Francisco and Oakland in 1968 and released in March of 1972, Cream’s Live Volume II featured only six songs but still ran at 40 minutes long. Plenty of foot-tapping and head-nodding jams to be had here.