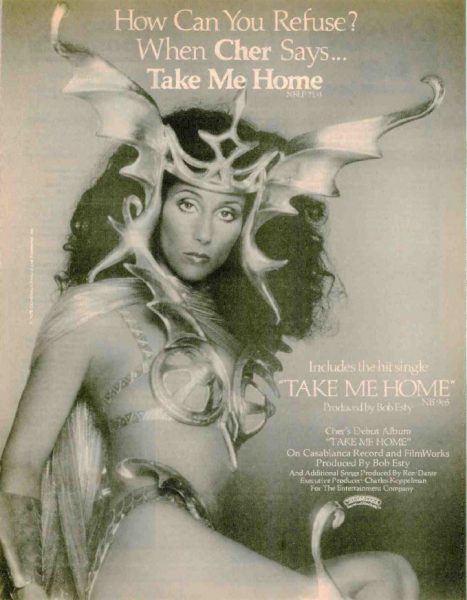 “How can you refuse?”

Cher’s “Take Me Home” appeared on the LP of the same name in January of 1979. The song, written by Michele Aller and record producer Bob Esty, ably rode the disco wave of the times grabbing #8 on the US Hot 100.

Catch an eyeful of the official 1979 video below with scenes shot in LA’s famed Bradbury Building.