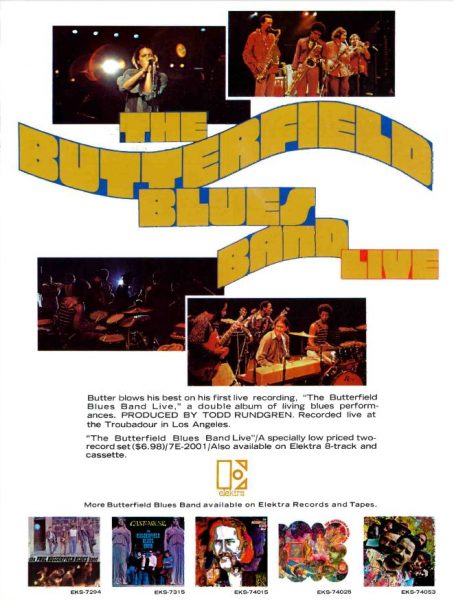 “Produced by Todd Rundgren. Recorded live at The Troubadour in Los Angeles.”

The album was recorded in West Hollywood, California in late March ’70. A year later the band would split. Butterfield died in 1987 of a heroin overdose at the much too young age of 44.

Previously on Vintage Ads: Detroit Emeralds, ‘Do Me Right’ (1971)