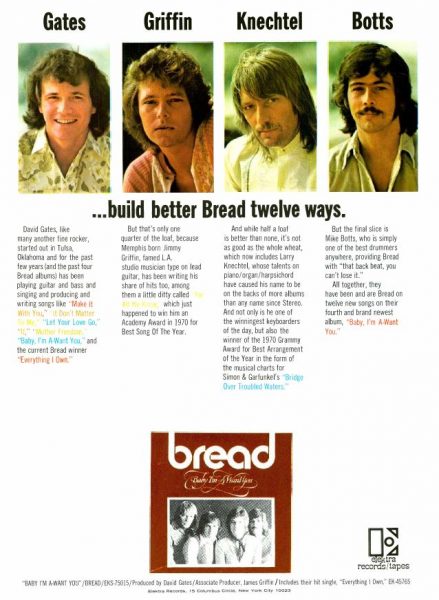 Bread’s “Everything I Own” originally appeared on the Baby I’m-a Want You LP in January of 1972.