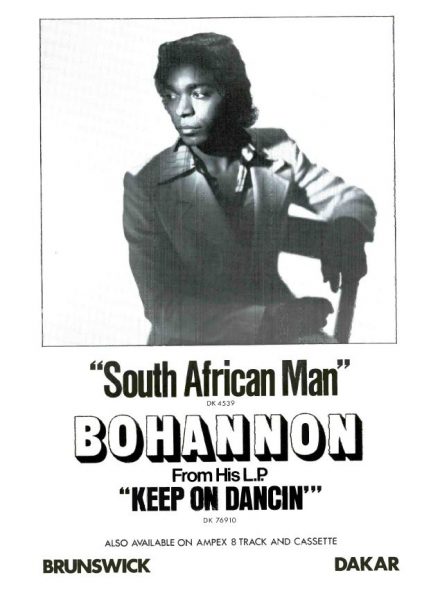 Hamilton Bohannon‘s “South African Man” released in the fall of 1974 and originally appeared on the artist’s Keep On Dancin’ LP.

“South African Man” was written, “produced, arranged & directed” by Bohannon and made it to #22 on the UK charts and #78 on the US R&B chart. Groove to it below.