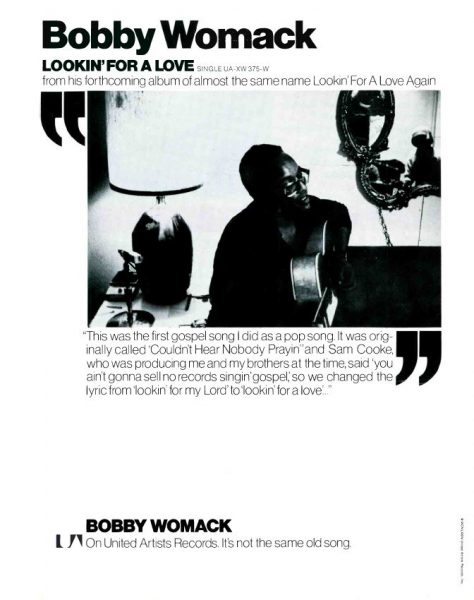 Bobby Womack’s “Lookin’ For A Love” originally appeared on his similarly titled LP in January of 1974.

As revealed in the ad above, the tune, written by James Alexander and Zelda Samuels, was originally a gospel number. After some pop adjustments and a Womack recording “Lookin’ For A Love” shot up to #10 on the US Hot 100.