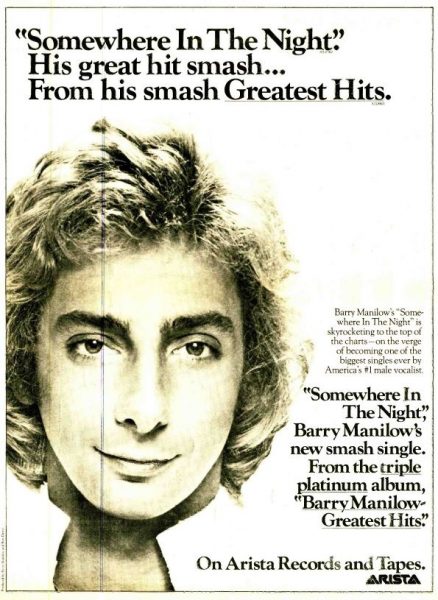 Barry Manilow’s recording of “Somewhere In The Night” originally appeared on the artist’s 1978 LP Even Now.

The song, written by Richard Kerr and Will Jennings, was first a hit for Helen Reddy who took the tune to US #19 in 1976. Manilow’s version released in the summer of 1978 and grabbed US #9.