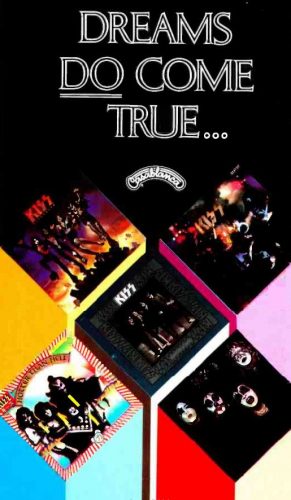 Kiss really started to take off nationally in the fall of 1975 with their live version of “Rock and Roll All Nite.” By the summer of 1976, Casablanca must have been mighty pleased with the way vinyl sales were exploding. Dreams began coming true for the band and Neil Bogart’s label.