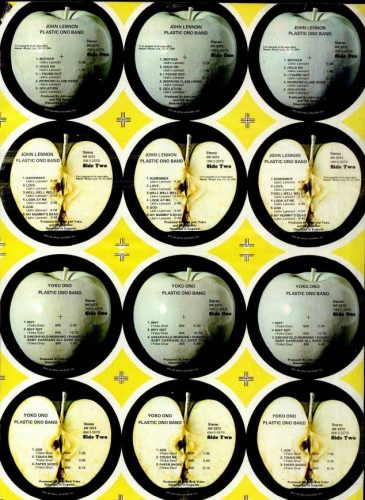 Both John Lennon and Yoko Ono‘s respective Plastic Ono Band L.P.s were recorded in the fall of 1970 and released in December of that year. Both records are well worth a listen and Lennon’s disc is ranked at #23 on Rolling Stone‘s “The 500 Greatest Albums of All Time.”

The ad above, featuring a sheet of uncut labels, was a great idea. Avant-garde even?