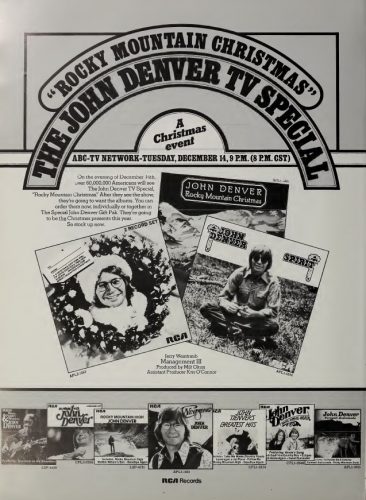 40 years ago, this is how we rolled for Christmas entertainment. It’s the John Denver Rocky Mountain Christmas TV Special!

Denver’s holiday special originally aired in December of 1975 and co-starred Olivia Newton-John, Valerie Harper, and Steve Martin. It appears the very successful show was re-run the following year and Denver’s Christmas L.P. was pushed along with it.