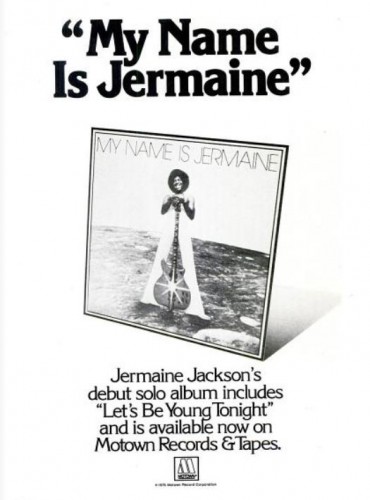 Jermaine Jackson’s My Name Is Jermaine was released in August of 1976. It’s a bit strange that the ad calls it Jackson’s “debut solo album,” as it was actually his third. I suppose that was due to the Jackson 5 officially splitting in ’75 and Motown was attempting a rebranding.