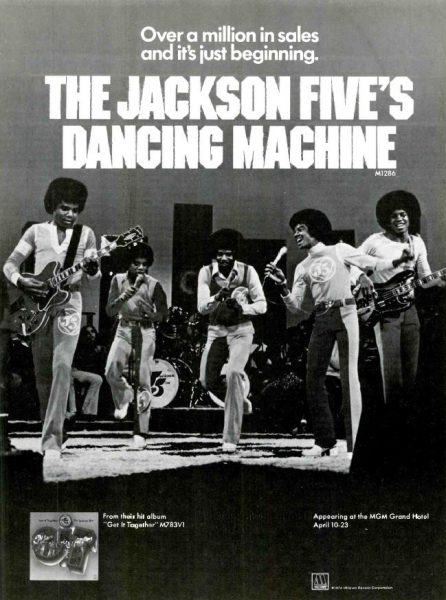 “Appearing at the MGM Grand Hotel.”

The Jackson 5’s “Dancing Machine” originally appeared on the group’s fall 1973 L.P., Get It Together. After the single became a #2 hit in the US in 1974, the band’s following album was entitled Dancing Machine and again featured the tune.

I definitely remember this one being all over the radio when I was seven years old and it was hard to resist its charms. Dance along below.