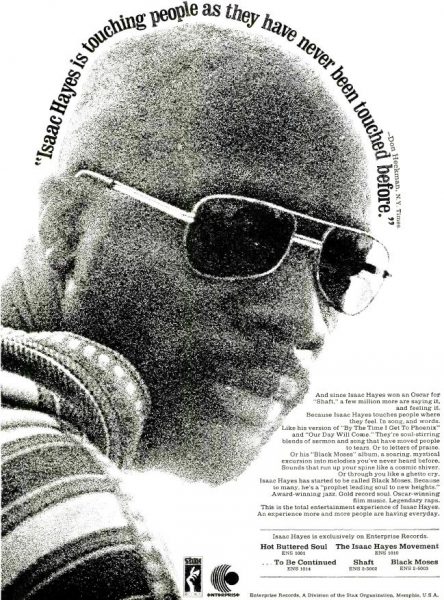 “Isaac Hayes is touching people as they have never been touched before.”

While Isaac Hayes did not release a new studio L.P. in 1972, he did crack the Top 40 with two singles; “Do Your Thing” and “Theme From The Men.”

Feel free to “Do Your Thing” below and have a very mellow day.

Previously on Vintage Ads: The Hues Corporation, ‘Rock The Boat’ (1974)