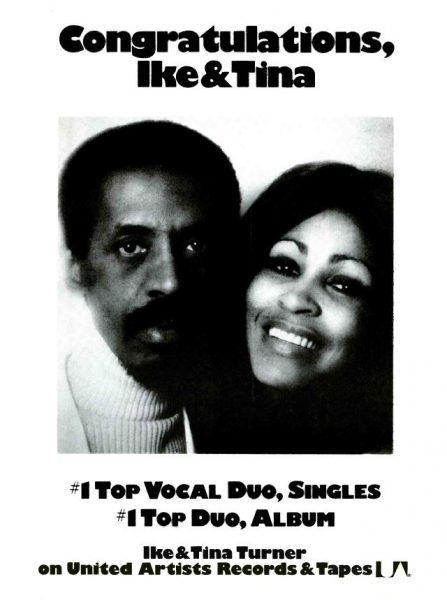 Here’s a great find from Record World magazine of August 1974 announcing Ike and Tina Turner’s recent selection as #1 Top Vocal Duo (Singles) and #1 Top Duo (Album). The duo would split not long after this was published.

For a taste of Ike and Tina Turner circa 1973-74 set your ears to “Nutbush City Limits” below.