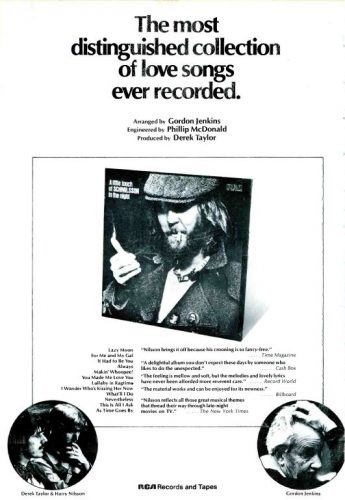 “His crooning is so fancy-free.”

Harry Nilsson’s album of standards, A Little Touch of Schmilsson in the Night, was released in June of 1973. The L.P. was produced by Beatles’ publicist, Derek Taylor and arranged by former-Sinatra arranger, Gordon Jenkins.