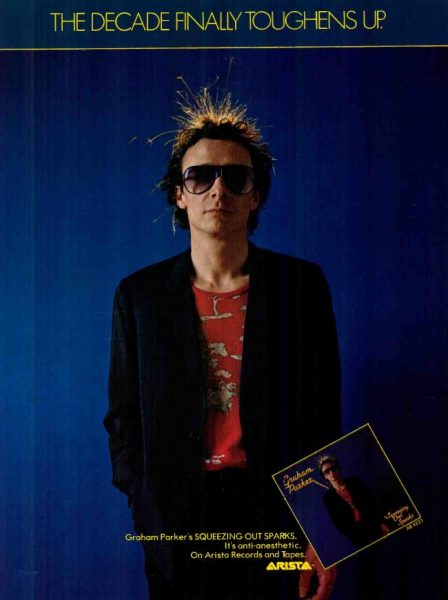 Graham Parker’s Squeezing Out Sparks L.P. released in March of 1979.

Pub-rocking Parker just barely preceded the punk and new wave movements in the UK and was a likely influence on artists ranging from Elvis Costello to Joe Jackson. Listen in to Graham Parker and The Rumour’s “Protection” below – and have a wonderful Friday!