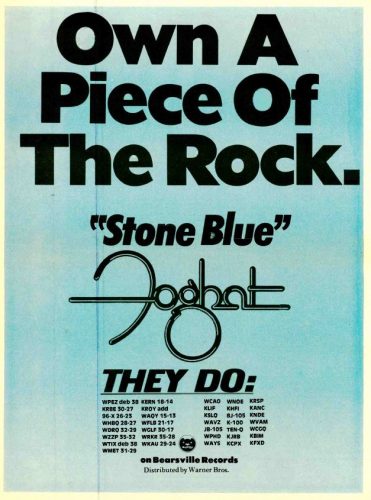 Foghat’s “Stone Blue” was written by singer-guitarist Dave Peverett and originally appeared on the 1978 L.P. of the same name.