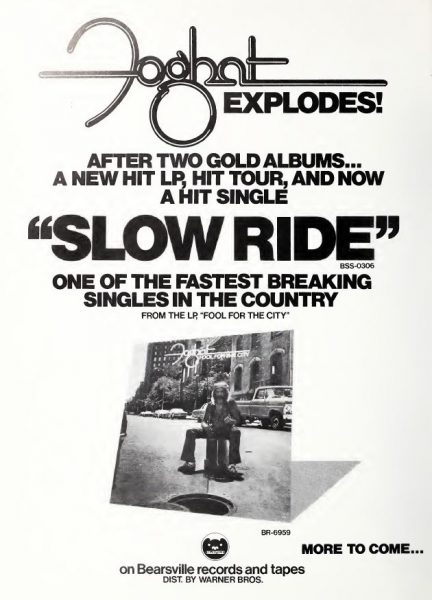 Foghat’s “Slow Ride” originally appeared on the band’s Fool For The City album in the fall of 1975.

“Slow Ride” needs little introduction as it hit #20 on the US Hot 100 and has been a staple of rock radio since its release. Take a ride below.