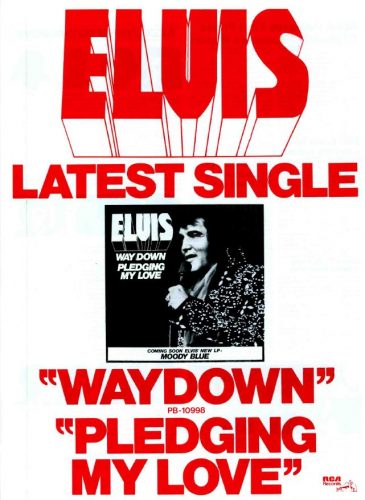 Elvis Presley’s “Way Down” was The King’s current single at the time of his death. The song (written by Layng Martine, Jr.) originally appeared on the Moody Blue L.P. of July 1977 and made it to #18 on the Billboard US Hot 100.