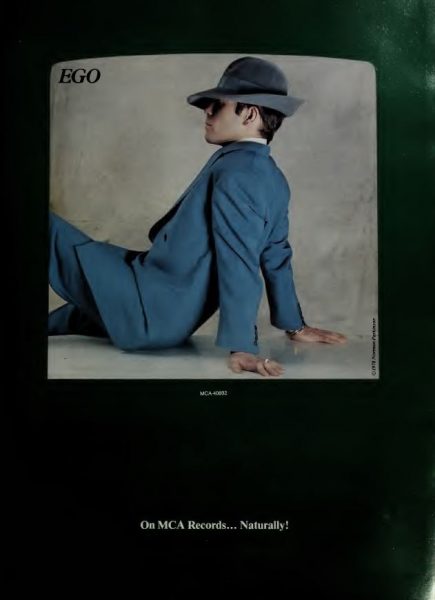 Here’s a Top 40 Elton John song that’s spent much of its post-release life lingering in obscurity. The tune had completely slipped from my mind until I came across the above ad and received a memory jolt.

“Ego,” written by Elton and Bernie Taupin, was released as a single in the spring of 1978 but did not appear on Elton’s next L.P. that year, A Single Man.