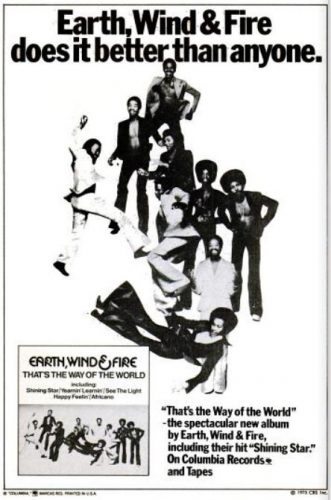 Earth, Wind & Fire’s That’s The Way of the World album released in March of 1975 and ended up the best-selling R&B L.P. of the year.

Perhaps less-remembered is the fact that the album is a soundtrack for the movie of the same name starring Harvey Keitel.