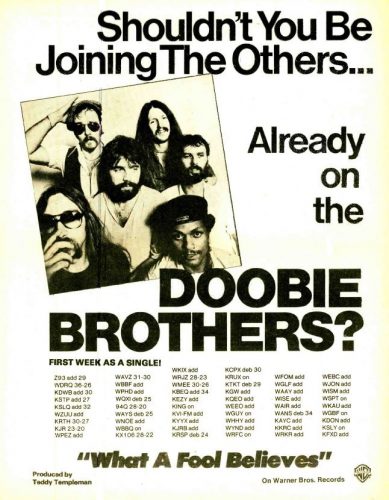 The Doobie Brothers’ single, “What a Fool Believes” originally appeared on the Minute by Minute L.P. of December 1978. The song (co-written by Kenny Loggins) smoked it’s way up the charts to #1 in the US and #31 in the UK.