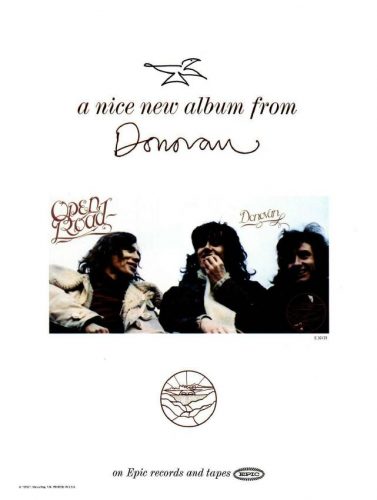 Donovan’s Open Road L.P. debuted in the summer of 1970 and became the folk artist’s third-highest charting album, hitting the top 20 in both the US and UK.