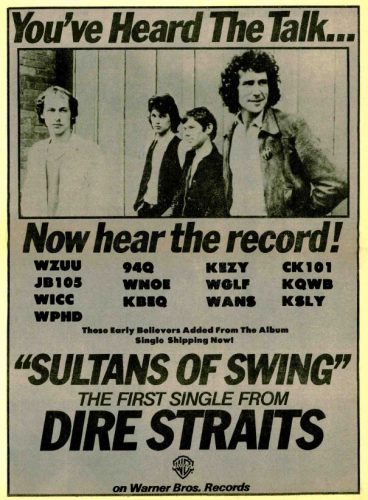 Have you heard about this hot young band, Dire Straits, and their new single? They may be on to something here.

“Sultans of Swing” was the band’s debut single and appeared on the group’s first L.P. in 1978. It took an early 1979 re-release of the single to help the song crack the charts and climb into the top 10 in both the US and UK.