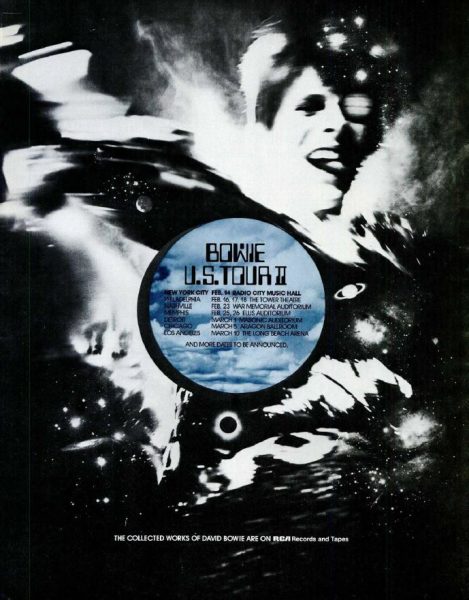 The dates for this leg of David Bowie’s US tour (Feb. 14 – Mar. 10, 1973) fall after the release of the Ziggy Stardust and the Spiders from Mars and before Aladdin Sane. The US tour itself was said to inspire the tunes on Aladdin Sane.

Anyone out there catch Bowie 44 years ago in NYC on Valentine’s night? I wish I could say I was at the L.A. show but I was only a lad of six. I did meet Bowie in 1987 a few times while I was working at Tower Video on Sunset Blvd in L.A. and he was very friendly and easy going. A real upstanding fellow! I’ll tell you a bit more about it some time.

Previously on Vintage Ads: The Stylistics, ‘Break Up To Make Up’ (1973)