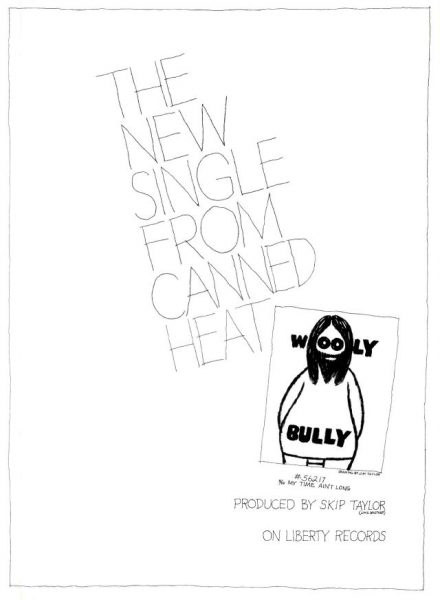 Canned Heat released their version of “Wooly Bully” just as 1971 got underway.

Heat’s “Wooly Bully” did not appear on the group’s Future Blues album of a few months earlier. Nor did it appear on the 1971 L.P., Historical Figures and Ancient Heads, making it something of a rarity. Listen in below.