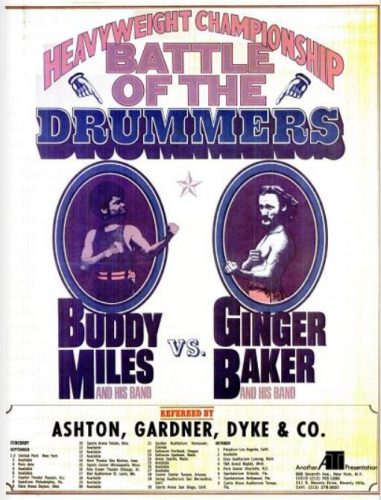 “Heavyweight Championship Battle Of The Drummers.”

Two fantastic drummer-led bands together on tour. Oh, Seventies, how I love you! Buddy Miles, best known for his time playing with The Electric Flag and Jimi Hendrix. Ginger Baker, best known for being the percussion third of Cream.

Previously on Vintage Ads: Rolling Stones, ‘Made In The Shade’ (1975)