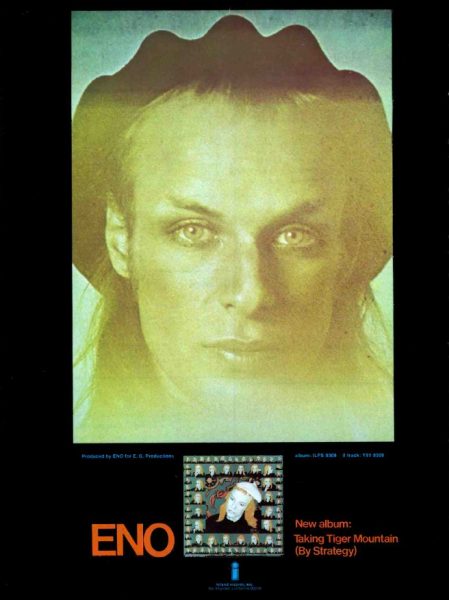 This odd and wonderful collection of songs produced no singles and failed to chart in the US and UK. Guest musicians included Phil Manzanera and Andy Mackay of Roxy Music, as well as Soft Machine’s Robert Wyatt, and Phil Collins (on loan from Genesis). Bauhaus later released an excellent cover of Eno’s “Third Uncle” in 1982.

Previously on Vintage Ads: Gil Scott-Heron, ‘The First Minute Of A New Day’ (1975)