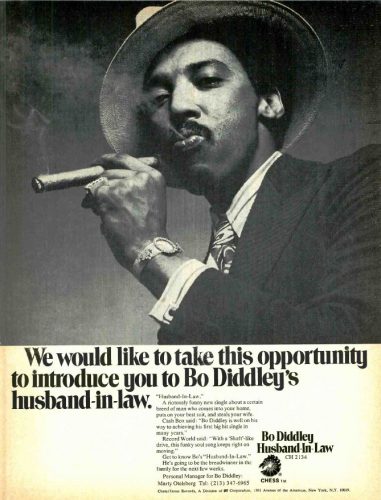 In December of 1972, Bo Diddley released the single, “Husband-In-Law,” changing up his sound to fit in with the current funky soul style. The results ain’t bad.

“Husband-In-Law” appeared on the Chess records L.P., The London Bo Diddley Sessions in ’73. Grab a listen below.