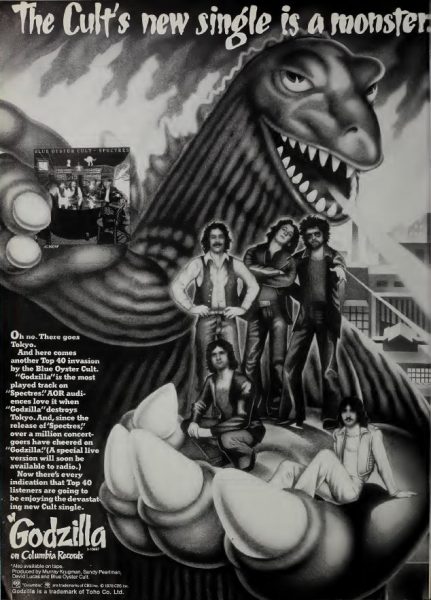 Blue Öyster Cult’s “Godzilla” appeared on the band’s Spectres album in the fall of 1977.

While “Godzilla,” did not make much of a stir on the charts, the song did become a staple of rock radio and BOC’s live set.