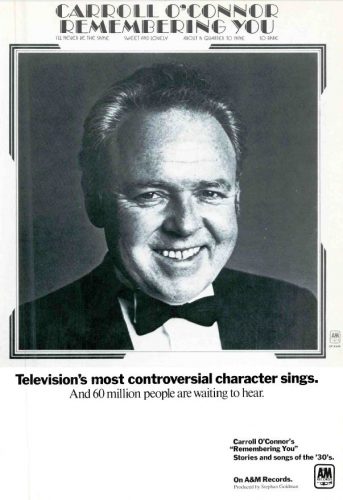 Say what now? Carroll O’Connor, aka Archie Bunker on TV’s All in the Family, released an album of 1930s tunes in the early Seventies? ‘Tis true!

O’Connor’s Remembering You album hit shops in 1972 and included a number of tunes such as; “Sweet and Lovely,” “Can’t We Talk It Over,” and “Just a memory.”

Previously on Vintage Ads: Captain & Tennille, ‘Love Will Keep Us Together’ (1975)