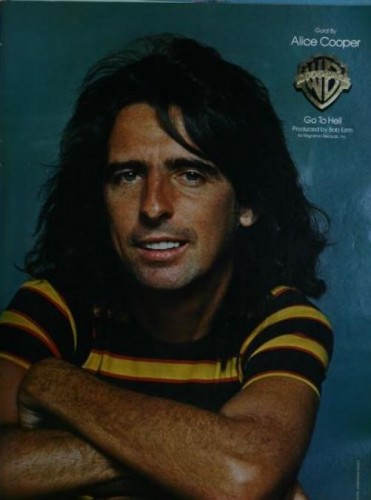 The Alice Cooper Goes To Hell L.P. released in June of 1976. The song “Go to Hell” appears on the album. Here we have an ad celebrating the Gold status of the record. Alice seems to have survived his trip to Hell and looks tanned and healthy doesn’t he?