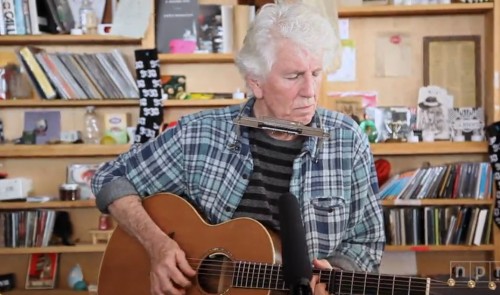 Graham Nash (The Hollies, Crosby, Stills, Nash & Young) performed a “Tiny Desk Concert” at the NPR studios on Monday and you can catch a video of the 3-song show below.

Nash, whose new album arrives in April, played The Hollies’ “Bus Stop” and two songs off his upcoming record; “Myself At Last” and “This Path Tonight.” Look and listen.

More Graham Nash at Cherry Stereo: In The News: Nash Not A Fan Of Crosby