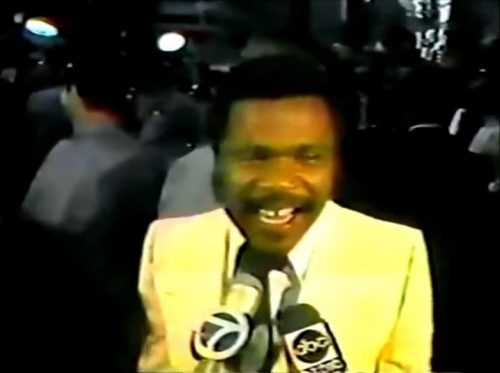 In this minute and a half clip from July 1978, we get a quick look at hysteria in the streets outside NYC’s Radio City Music Hall for the premiere of the Sgt. Pepper’s Lonely Hearts Club Band movie.

Billy Preston and Alice Cooper (who both appear in the film) are interviewed and there’s a brief appearance on the rooftop by the Bee Gees. Peter Frampton, one of the hottest musicians on the planet at that time (along with the Brothers Gibb) is absent due to an “auto accident.” Roll film!