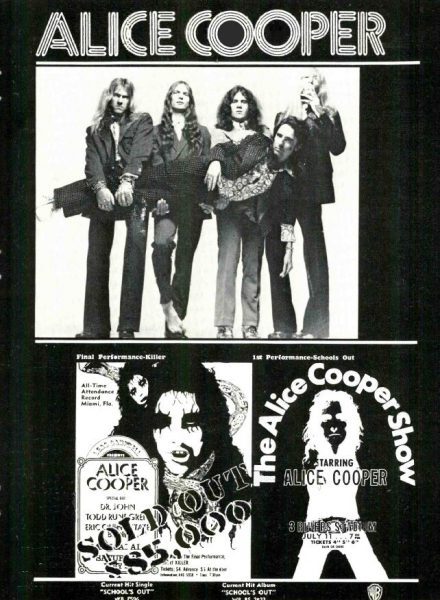 With Halloween fast approaching it’s time to let in a little spookiness. Since Alice Cooper seemed to be celebrating Halloween on a daily basis in the Seventies, here’s an ad for the artist at the time of the “School’s Out” release in 1972.