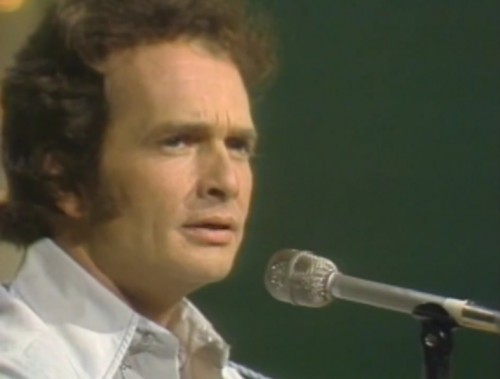 California-born country legend Merle Haggard died yesterday on his 79th birthday. The talented and ornery musician released a great number of successful and wonderful tunes in his career. Stand out 1970s songs include; “If We Make It Through December,” “Old Man from the Mountain,” “Honky Tonk Night Time Man,” and “Always Wanting You.”

Quote:
“He had an immense influence on other performers — not just other country singers but also ’60s rock bands like the Byrds and the Grateful Dead, as well as acts like Elvis Costello and the Mekons, all of whom recorded Mr. Haggard’s songs. Some 400 artists have released versions of his 1968 hit ‘Today I Started Loving You Again.’”

Raise a glass for Mr. Haggard. Thank you for the music!