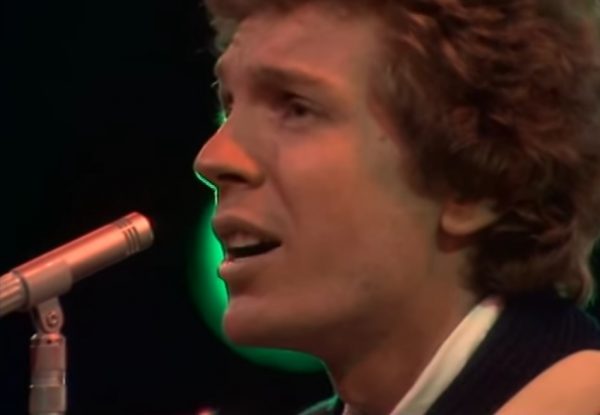 In tribute to Scott Walker, here’s a clip of The Walker Brothers performing “No Regrets” on Euro rock show TopPop in early 1976.

“No Regrets” appeared on the reunion album of the same name in 1975. The single hit the Top Ten in the UK, Ireland, Belgium, and the Netherlands.