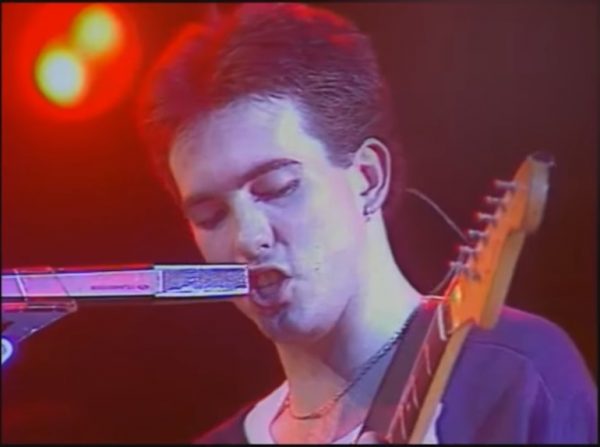 In December of 1979, The Cure, fronted by a 20 year old Robert Smith, performed three songs live for the French TV show Chorus.

Here we find the nascent goth rock heroes playing “A Forest” a few months before it would be released as a single (UK #31) and appear on the spring 1980 LP Seventeen Seconds.